How Henry VIII Could Make You a Better Business Owner 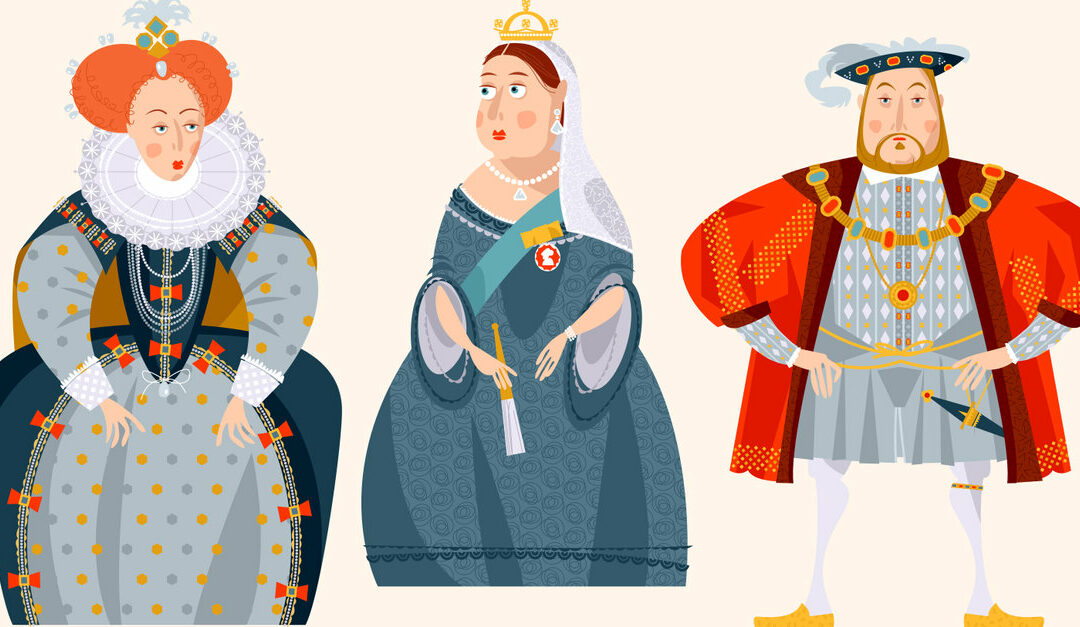 Learn from history or repeat its mistakes

Have you ever wondered what life would have been like if you lived in a different era? Watched a period show on Netflix and pondered your existence in a time not governed by social media but rather social norms and societal structures? From Bridgerton to Vikings, there are so many ways to get a glimpse into the lives of the past and interact with historical figures.

In a recent British poll, a group of historical writers chose Henry VIII as the absolute worst monarch in history. As we take a walk down history lane, we pose the question: How bad of a business owner would Henry VIII have been? What would he have been like as a boss and would he have added to the Great Resignation trend sweeping our country?

Let’s talk about the elephant in the room. Henry was a SUPER bad husband. We mean, like “How to Get Away With Murder” bad! In need of a male heir, he got his marriage to Catherine of Aragon annulled in order to marry Anne Boleyn, which started a revolution! When Anne only produced daughters, he had her executed for adultery and treason. He then married Jane Seymour who produced a son but died at birth. His fourth marriage was to Anne of Cleves which only lasted a few days where he then married Catherine Howard who he had killed in the same fashion as Anne. His last wife was Catherine Parr who outlived him.

His track record with wives was the subject of much ridicule from his followers and made him look like a monster throughout history. Translate that into being a business owner of the largest financial institution in Western Europe! While we can’t wrap our heads around what life in the Tudor home would look like, we can understand the fear from his employees when it came to getting the proverbial “pink slip” of death from good ol’ Henry VIII!

Side Note: Who got the last laugh? Oddly enough, Anne Boleyn! Her daughter Queen Elizabeth I ended up as the longest-reigning Tudor monarch. Take that HENRY!

War…What is it Good For?

If you thought Henry VIII was a horrible husband, take a look at his track record at work. During his reign, England was constantly at war. His subjects were in a continual state of disequilibrium in repeated efforts to conquer Scotland. He engaged in wars against the Gaelic lords of Ireland, rebels in his own realms, his traditional allies in the Netherlands and numerous wars with France.

His aggressive foreign policy meant that Henry squandered his millions and ended up bankrupting his family in the process. All while Henry feasted, killed wives, raised the taxes for the poor and got so fat that he couldn’t physically lead his men to battle.

Pivot and think about that work environment in our current “Great Reshuffle” pandemic-era work-life balance. With 44% of employees being active “job seekers,” the current conditions are showing a workforce that wants job security, health benefits, altered work hours and retirement benefits. While wage is a factor, it really comes down to finding a business model that fits the needs of the employee and a boss that is willing to be flexible.

Pivot back to Henry VIII…something tells me that Henry wasn’t interested in building relationships and fostering a working relationship with his employees. His commitment was to himself, his reign and removing any threat! As a business owner, it’s important to hire people you can trust and build relationships with those individuals over time. Through those relationships and networking, you can build a service or product that is trustworthy and customer-centered.

My Way or the Highway

When things get tough…simply take your ball and go home. Those are words that Henry VIII lived by, so much so that he created his own church! After years of trying (and failing) to get his marriage annulled by the Catholic Church, Henry used his political power to pass a law in Parliament to remove England from the Pope’s authority. In doing so, he created the Church of England! All English monasteries were closed and their assets transferred to Henry’s bank account. As the head of the Church, he annulled his marriage and moved on to the next. All Hail King Henry VIII, our ruler and supreme governor of the church…Defender of the Faith!

Let’s let that sink in for a few minutes. Due to the fact that Henry wanted to get rid of his wife and have a male heir, he separated himself from the Pope and became the “Defender of Faith” in his own church— a church that today still has a law-making role in Britain. He literally took his ball and went home…my way or the highway! That is a business model that NO ONE can get behind. In fact, it is an irrelevant business model based around a proposition that no customer (or employee) would ever care about!

While we could write more about Henry’s amazing 😉 business practices and downfalls as a leader, we digress to provide some wisdom. While we can learn a lot from history, it is important to make sure that we do not repeat the same mistakes. Henry VIII had a broken business model that was focused on not truly understanding the end goal of the monarch. While he did sire an “heir,” he did not necessarily set England up for success.

Fast forward to 2022, we live in an economical age where businesses need to truly understand their target market and engage in a meaningful way. Directly reaching and resonating with your target audience allows you to grow, nurture and scale your business. There is no longer the option to kill, squander and lavishly throw money and followers away for the sake of the monarchy…but rather a need to focus on what your business really needs.

As a marketing company with a love of history, we understand that knowledge is power. With clients located across the country, we understand how to make your company competitive to deliver high-quality results. From building websites that convert,  to SEO and Paid Search, we tackle any marketing need to help drive quality traﬃc to your website, raise conversions that build results and solve those complex problems that every business owner faces.

At Big Red Dog Marketing, we focus on providing the best marketing and general business advice we can —that includes bringing in other experts in their fields such as our business attorney, tax accountant, hr consultant or talent acquisition personnel to be a benefit to your company.

Want to learn more about our team, discuss how you can avoid being Henry VIII or better understand how we can help your business? Feel free to give us a call at 919-926-8727 or email us at hello@bigreddog.marketing.